There are a few new releases out there today. A couple caught my eye… 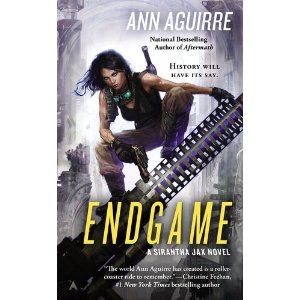 Sirantha Jax has the J-gene, which permits her to “jump” faster-than-light ships through grimspace. She loves nothing more than that rush, but the star roads have to wait…

Her final mission takes her to La’heng, a planet subjugated during first contact. Since then, the La’hengrin homeworld has been occupied by foreign conquerors.

All that’s about to change.

Now, as part of a grassroots resistance, Jax means to liberate the La’hengrin. But political intrigue and guerrilla warfare are new to her, and this will be the most dangerous game she’s ever played—spies and conspiracies, a war of weapons and hearts, and not everyone is guaranteed to make it out alive…

I’ve not read any of her books, but this one looks pretty good.

And I love that cover. Any chick kicking butt catches my attention! LOL 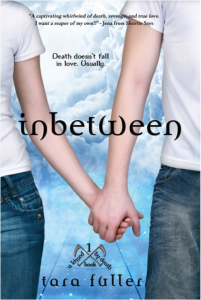 Since the car crash that took her father’s life three years ago, Emma’s life has been a freaky — and unending — lesson in caution. Surviving “accidents” has taken priority over being a normal seventeen-year-old, so Emma spends her days taking pictures of life instead of living it. Falling in love with a boy was never part of the plan. Falling for a reaper who makes her chest ache and her head spin? Not an option.

It’s not easy being dead, especially for a reaper in love with a girl fate has put on his list not once, but twice. Finn’s fellow reapers give him hell about spending time with Emma, but Finn couldn’t let her die before, and he’s not about to let her die now. He will protect the girl he loves from the evil he accidentally unleashed, even if it means sacrificing the only thing he has left…his soul.

She was on the blog last week as a part of her virtual book tour.

It’s release day for her today and I’m super excited. Love that cover. I have a copy of the book on my Kindle just begging to be read.

Now, I just have to find time between the edits. LOL

What books are you waiting for to release? What’s up next on your Kindle to read?