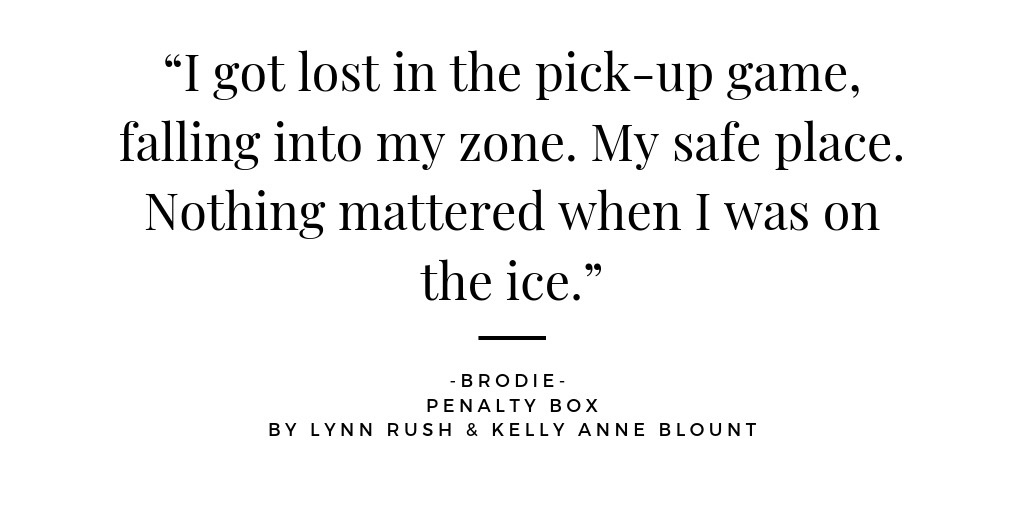 Athletics have been in my life since the fifth grade. I played tennis in junior high and high school. I played in college as well, thankful for the resources it provided for me to pay for college. After college I found competitive inline speed skating, road & mountain biking and now I’m into the ultra endurance running.

It felt only natural for me to jump into writing a novel about athletes. Especially when it came to women in athletics. As a female athlete, especially one who was wicked-competitive, I faced off with plenty of resistance from men—even other women who were threatened by me.

In PENATY BOX, a book I co-wrote with Kelly Anne Blount, I wrote Brodie’s point of view (POV). Now, if you’ve read any of my other novels, especially the Wasteland & Bound by Hades Trilogies, it’s all from the Male POV. I love writing guys.

With this project, specifically, it was even more fun to write Brodie’s POV because I am a female athlete. I’ve experienced some of the ignorance guys exhibited toward me as a female competitive athlete. So, it was fun dig super deep into what motivated Brodie and his reactions to female athletes. His hockey team is his family, and when Willow storms onto the scene…well, let’s just say, it was super fun to write his reactions.

Willow is a strong, competitive, and highly talented female, and it took him by surprise. Not only that she was an amazing athlete, but it challenged some of his beliefs about female athletes being on guys’ teams. It challenged his confidence and made him face off with his relationship issues.

I got to work through some of his narrow-minded, self-fish thoughts and behaviors, which was very enlightening. And frustrating sometimes. LOL.

So ladies…Tell me, what are some of your fun stories about being a female athlete?