Normally this isn’t my genre, and I never considered even going to the movies until a dear friend of mine, and professed Hobbit nerd, asked me. She suggested we marathon the first two and then go to the premier of the third.

At first I was reluctant, because, that’s like a billion hours of hobbits and such…but then I thought, “Hey, I get to hang out with her, so it’ll be fun.” 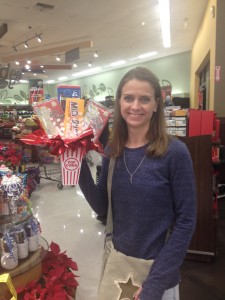 We gathered the DVDs of the first two, snacks, and some yummy drinks, then settled in for the marathon. Holy long movies, but they were good.

We had to make a quick stop at Starbucks for some much needed caffeine, and look what I found –>

A PERFECT gift for the movie-goer, huh?

The third movie…WHEW. Talk about battles. Holy how.

While it was all a little battle focused for me, I enjoyed the story and the characters. The special effects were amazing and so was the music.

Have you seen all The Hobbit movies? What’d you think?

Share
Tags:Fantasy, friends, The Battle of Five Armies, The Hobbit

WHAT A WONDERFUL DAY