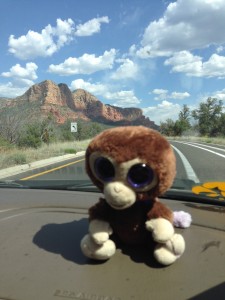 It’s been fun venturing into the world of Middle Grade writing. And you know what? I love it! Now…let’s hope there’s a publisher who loves my story as much as I do, right?

I shared the tagline on my VLOG, but here I’ll share a little bit more here….

Watcher of the Realms is for those who enjoy James Patterson’s Maximum Ride Protector series with a touch of the movie Men in Black.

A clandestine group of rebel genetic misfits rescue eleven-year-old Riley from a secret science lab and realize he has uncharted strength and a unique ability to heal people, but his mind has been completely erased.

On his quest to find out what he is, Riley and his new friends are transported to an alien land filled with creatures plucked right from a monster movie. One of those creatures, the King of the Realms, deems Riley’s existence an abomination of nature and declares war with the Realm of the Humans for creating him.

The only way to prevent Earth’s extinction is to find the evil scientists who created him, but with no memory and creatures from other Realms foiling his plans, Earth’s days might be numbered.

Want to be my Secret Santa?