This morning, about the time I’m typing this, I had been scheduled to be running down the South Rim of the Grand Canyon on my grand adventure of running Rim to Rim to Rim (R2R2R).

Instead. Here I am: 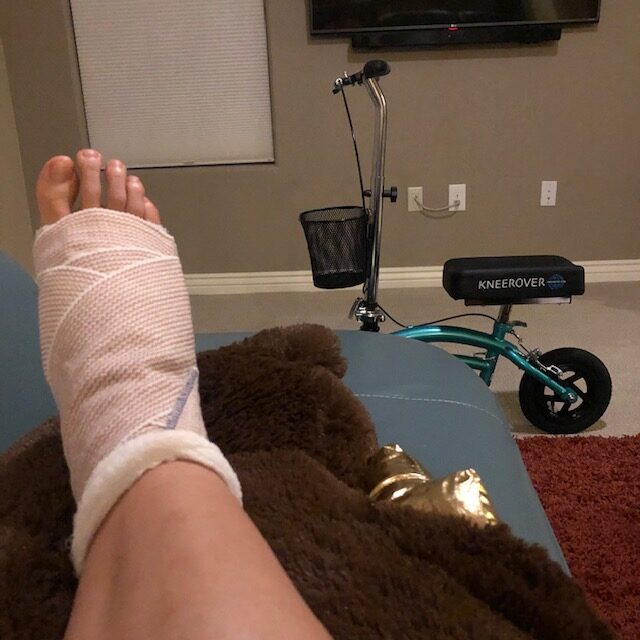 I get to spend the next week pretty much like this. Foot up. Netflix binge-watching on the TV. And my little friend Rocket carrying me around the house.

I’d been planning the R2R2R adventure for over a year. My sweet hubby and I were going to do it together. He’s never done Rim to Rim, and I’ve done it twice. But R2R2R…I’d never done that, and the thought of doing that adventure with my soulmate…to say I was looking forward to it would be an understatement.

But, the universe had different plans for me. I should be angry, right?

Well…..when you start jumping into “shoulds” it can lead to some serious attitude issues. It can lead to anger and frustration. Now, I’ll admit I’m sad. I mean, who wouldn’t be after all that planning and such?

You know what, though? The Grand Canyon isn’t going anywhere, and after I’m all healed up, I’ll be stronger than ever. So watch out, Grand Canyon, here I come.

But today’s question…which Movie and/or Series should I Netflix today?